The year 2019 should be the beginning of the worldwide 5G network. But now many players in the field of communications are thinking of 6G technology. In the same vein, a telecom operator and a university in China have joined together to provide the groundwork for the emergence of the sixth generation of mobile networks.

China Mobile and Tsinghua University will focus on measures. That will accelerate the development of 6G technology infrastructure to guide each other towards the transfer of technology and industrialization. According to the agreement details, the two will implement joint research projects on mobile communications networks, next-generation Internet and mobile Internet, industrial Internet, artificial intelligence and other 6G technology areas. 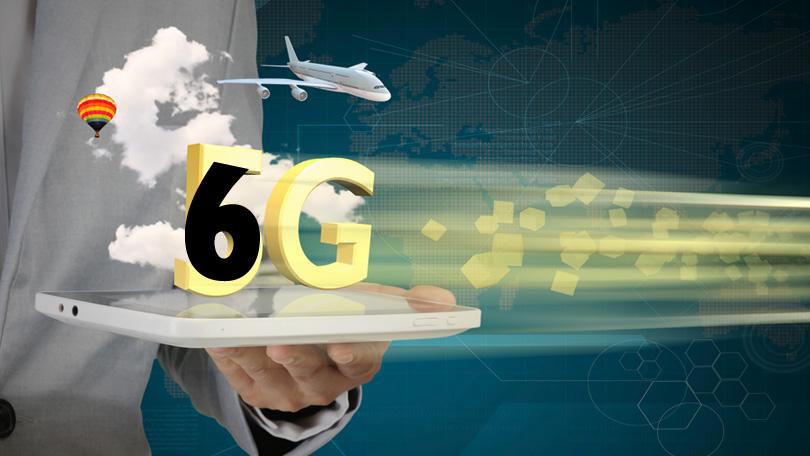 The establishment of a joint research organization is also on the agenda for developing leading technologies. Introducing solutions and related products. China Mobile can count on its full-time research and development team of over 10,000 people. As well as an annual budget of about $ 3 billion dedicated to scientific and technological activities.

Maybe it’s not too early to talk about the true potential of 6G technology, but it can be said with certainty that it will not take much time for the technology to come to light, as LG has already announced its launch of experiments in this area. Of course, Yang Chaobin, director of the 5G Huawei lineup, says that the sixth generation of mobile networks will not go before 2030, So the next decade should be considered a 5G glimpse.

When will the sixth generation of Mobile Network (6G) be released?

Users already talk about the sixth generation of the mobile network, the 6G. One of Huawei’s chief executives, the largest telecom provider, has just announced its announcement of the launch of the 6G Internet.

The Annual Boao Forum for Asia 2019 annual conference is currently underway in China. Head of the Huawei 5G Products Department during the conference, pointing out the benefits and uses of the 5G Internet. As well as the new achievements of the IOT world came from the sixth generation of mobile networks.

He announced that although users are already talking about the 6G Internet. The next generation of wireless communications networks should not be considered until 2030. After five years now, we will go on to the 5G.

According to the manager, the industry today fully understands the capabilities and capabilities of the fifth-generation mobile network. That’s why the decade ahead should be celebrated as the 5th decade. Right now, ordinary users think in different ways about the 5G Internet. So they need to define a specific standard for them. Despite the introduction of this technology in the early stages of practical implementation (leaving the lab environment), its impact on the development of the sixth generation of mobile networks cannot be ignored. As the fifth generation becomes more widespread. The next generation of technology will become more sophisticated.

Although the 5G Internet is still available to a limited number of users. And the number is not able to reach the maximum forecasted power of the Internet for the fifth generation of mobile phones. The US is preparing itself for the sixth generation of mobile networks. The Federal Communications Commission of the United States (FCC) has begun research on the development of 6G technology. And has ordered access to terra-wart waves to provide the basics of these experiments! In a 6G connection, the frequency range is between 95 GHz and 3 terahertz.

America seems to be the only country that has already begun to develop 6G technology, but Huawei has shown interest in surfing users over the past few years. It is unlikely that the company, as the largest telecommunications equipment manufacturer in the world, has been testing for the sixth generation of mobile networks for a long time.

How to Convert Pdf Files to Word online And Free

Balance in Leadership – having balance as a leader

Nowadays people playing games for fun but some games that we want to play are not enjoying fully. So if...

Failure to control personal finances has always been one of our daily concerns. Even one of the most important issues...

Introducing 10 fitness and weight loss apps for Android and iPhone. If you are looking for apps that help you...

Best Hollywood Movies - Have you ever wondered what new foreign movies will be released in this year and what...

Only six months after the launch of the first Active Watch model, a new version is on the way. In...

What is the best way to increase the quality of sound on Android phones?