Before you want to start programming. However, you must know about the languages of programming and you must choose the best language for learning. And It will not boring. In plain language, programming or programming languages is the writing of commands. That a computer-like system understands and executes our commands one by one.

Now, a programming language provides us with instructions and rules as a programmer. Where we can talk about computers and computer systems. In programming, every command we want to execute is a statement. Now, to write a number of Statements, we need a text editor to enter the desired commands. Fortunately, programming is a skill that does not necessarily require a university. And anyone who is merely interested in learning. It can become a programmer in an area of interest within a few months-and eventually one year-a programmer. And we will introduce you to some programming languages below. 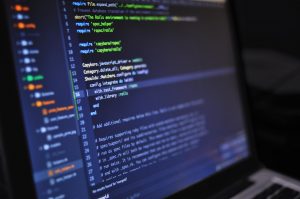 we have so many programming languages and we introduce you some of them above all:

(JavaScript) is the HTML and Web language. Learning this scripting language is very easy and at the same time, enjoyable. Javascript is currently one of the most popular and most used programming languages. With Javascript or JS, you can do incredibly large and different tasks. I’ve listed some of these things below to find out
exactly what the JavaScript is and what it does.

You can use JavaScript to:

Python is an open source programming language. That provides you with a very powerful and professional way of working with languages and tools with ease. For this purpose, this language has very large libraries that can be learned and used within a few days. The code is written in Python language. Is applicable to a wide range of platforms, such as Linux, Windows, Mac, even mobile phones. Python is now widely used by companies and organizations such as NASA, Google, Yahoo, and more.
Blender, Mailman, Civilization IV, BitTorrent and so on are software that was created using this language.

It is a programming language we can use to create dynamic web pages.PHP performs behind-the-scenes works on web pages.

James Arthur Gosling is a Canadian computer scientist that created Java language. James Gosling was tired of writing the program with ++ C and designed Java to meet his needs. Java is an object-oriented programming language. Java is similar to the C ++ Plus programming language, but the object-oriented model is easier than C ++ Plus. The Java name was taken from the Jsut Another Vague Acronym. This was because the team of Java programmers was keen on coffee. This is evident in the Java logo.

With Java, you can write the following types of programs:

C++ is rapidly expanding to meet the practical needs of a growing language. The needs of which enable a scripting language to efficiently manage different types of data together. The core of the implementation of this language is the concept of object-oriented programming. Nowadays, C++ has taken a commercial market, so this is a programming language. Both for both operating system programmers and application software developers.

Some of the most important features therefor:

A flexible and open source language with a focus on simplicity and productivity, and object-oriented. Ruby language supports various programming paradigms, including functional, object-oriented, and reflective. Ruby is a free and open source language, not only free but also free to use, copy, modify, and distribute. And It is among the top 10 programming languages for measuring indicators such as TIOBE.

Swift is a compiled language developed and developed by Apple for developing the application for iOS and OS X. The code written in a swift language is compiled into native code. And automatic reference, counting is used for memory management. Swift’s object model is fully consistent with Objective-C.

The benefits of swift language:

Basically focuses on reducing coding size. This makes the task of the programmer and the end users of the application easier. Finally, an application is written in this language will make the most of the benefit with the least space possible. Kathleen’s language is more understandable, so it’s easier to use. Kathleen’s language, due to the simplicity of the syntax, is less complicated. It makes it easier and faster for the software developer to work. Given that the size of the code is lower, in addition, we can be said. That it reduces the probability of errors such as the null pointer exception.

One of the languages. That heavily attracted many users over the course of the year is the programmer Go or Golang. Go or Golanging is a language that is provided by Google Inc. The Golang language is released as Open Source so developers can develop it. Using the Go programming language, you can implement any kind of software.

What companies use Go’s programming language: